President Biden declared a Major Emergency in Puerto Rico and approved a 100% cost share for Puerto Rico. After Hurricane Maria, municipalities were required to pay up front for repairs and then to apply for reimbursement. Many places were not in a financial position to make those repairs without federal funding, so many repairs didn’t get completed – or, in some cases, they didn’t even get started. Following Hurricane Fiona, FEMA will provide funds based on expected costs so that the work can be done more quickly.

Help for individuals is also being offered, including Critical Assistance grants to cover the cost of water, food, medicines, personal hygiene items, and fuel for transportation. Individual Assistance will also help with home repairs.

The Federal Highway Administration is providing $8 million to repair roads and highways, including bridges. These funds are available now. The Department of Agriculture has announced  that NAP cards can be used to buy hot food until October 9. Normally, NAP funds can’t be used to purchase prepared foods. However, many households don’t have cooking facilities right now.

The Department of Health and Human Services declared a Public Health Emergency, which will allow more flexibility for health professionals responding to the disaster.

FEMA has emergency supplies in Puerto Rico now. Some of the supplies:

The Department of Homeland Security announced a Jones Act waiver that will allow a nearby ship from the Marshall Islands to deliver 300,000 gallons of diesel fuel from Texas. Normally, a foreign ship cannot carry cargo from one U.S. port to another.

FEMA, the Department of Energy, and the U.S. Army Corps of Engineers are all working with the Island government to get electricity back to homes and businesses. More than $8 million in grants has been provided to work toward a more resilient electrical grid, There is another $38 million set aside for weatherization for low income families. These efforts can include solar water heaters, energy-efficient appliances, and cooling systems. 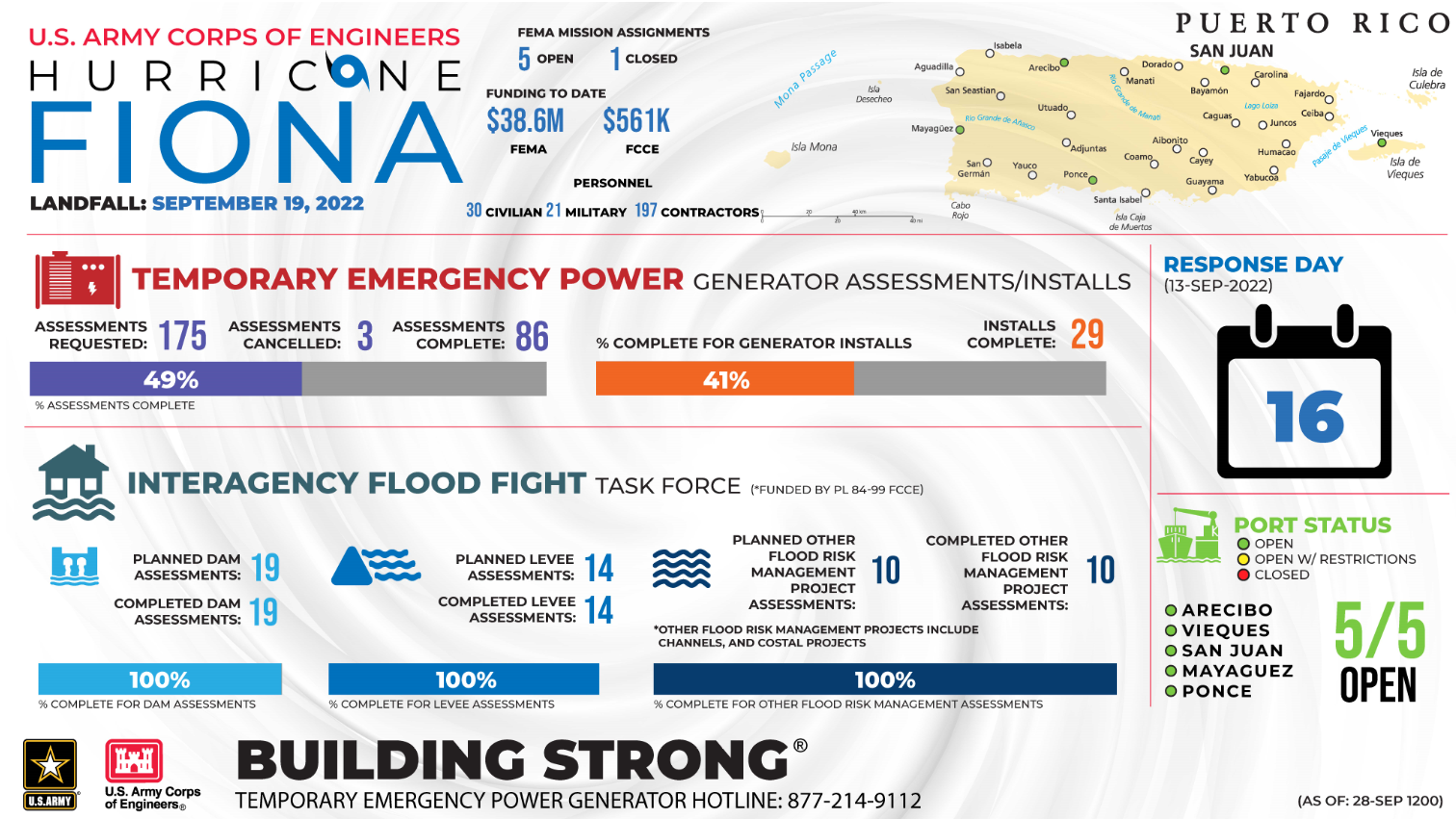 As a state, Puerto Rico will have the same resources and opportunities as the current 50 states.